Telstra has announced that it has hired up to 2000 new Australian based call centre staff for consumer and business customers in a move that it says could be your neighbours with staff hired not only in the big smoke but more so in regional hubs from Maryborough, Bunbury and Bathurst, some of which could be working from home and in your street thanks in part to hybrid working arrangements most of corporate Australia are working with currently.

“Our team are your neighbours. They’re located in cities and towns across Australia, including regional hubs like Maryborough, Bunbury and Bathurst. Thanks to hybrid working, this means the person helping you could be in your state, suburb, town or – who knows – even your street.”

Telstra has said the new team members have come after the telco asked customers what they wanted with the company and that it has heard loud and clear that its customers wanted a change in the way the company answered customer calls and that this move will deepen its local expertise.

This news of new Australian based staff, comes off the successful campaign during the Queensland floods earlier this year where its customers in Brisbane spoke to local team members who understood first-hand the challenges they were facing.

Telstra did point out a few of its staff members it has recently hired, such as Liz Patu – who is one of Australia’s most capped female rugby player and has earnt her 25th Test cap this year when the Wallaroos took on Japan in May, and is currently training with the national rugby union team for the World Cup in New Zealand later this year. 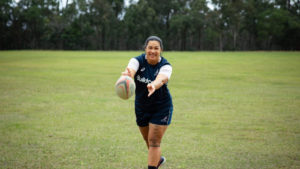 Telstra have stated that Liz is able to do all this with the flexibility of her full-time job in Telstra’s small business call team. Liz joined Telstra two years ago and works her schedule around training and Wallaroos tours.

Other new staff members included are Daniel who didn’t expect was an offer to set up Telstra’s most remote call team in the heritage town. Daniel, who has been at Telstra on-and-off for 12 years, soon found a space at the former Longreach Pastoral College and recruited a local team of experts to join Telstra’s contact centre team. 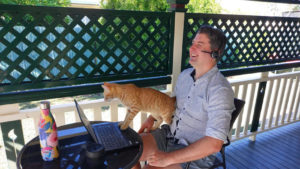 Two years later, the Longreach team now works from home, and Telstra’s flexible working arrangements mean they can work throughout Central West Queensland (and all of Australia).

Finally another new local staff member Telstra have highlighted is Kaylee, owner-operator of a small country pub in Tasmania’s central highlands for 15 years and who has learnt a thing or two about what it means to really listen, and understanding people’s problems with kindness and care. 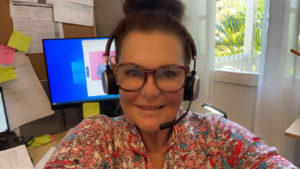 Those are the skills she now brings to Telstra’s customer call team, working from her new home in Hervey Bay. It’s a little bit back-to-the-future for Kaylee, who worked for Telstra in the ’90s as part of the directory assistance team in Hobart.

Telstra have stated that the new staff members and changes it is implementing under its new T25 strategy will build on the work under its previous T22 strategy and will enable having its consumer and small business calls answered in Australia, by having Kaylee, Liz, Daniel and thousands of their other local team members answering your calls when you need assistance that may not be able to be handled through its My Telstra app, which can still be used to find quick questions like checking your bill summary, managing your services or even troubleshooting connection issues.

Personally I have to say that I welcome this news as a Telstra customer and have found it extremely frustrating to deal with Telstra staff based in offshore contact centres, so any move to have local team members who might understand what is happening like Bushfires, floods or more might be more understanding and less robotic in its responses.